Wander through any busy labour ward and the chances are that you’ll hear a birthing woman or person vocalising loudly. Often this is a normal part of giving birth, but sometimes those sounds aren’t the normal release of extremely intense sensations, but instead someone experiencing severe distress, terror or unbearable pain.

In a recent doula group discussion, doulas with decades of experience between them were chatting about these sounds that they sometimes heard coming from other rooms, when they accompanied their clients to hospital (a rare occurrence at the moment due to Covid restrictions). It was noted that the doulas’ clients didn’t make these sounds and we wanted to work out why. It was also noted that many of us had experienced midwives dismissing or downplaying these sounds. Dismissive comments such as “she’s the one who didn’t get the epidural” are not uncommon, as is, “Best get an epidural now so you don’t end up sounding like that.” This left some doulas wondering how it’s possible to become desensitised to such suffering.

There was deep concern raised on the group that this type of suffering can become normalised on the labour ward, and that sometimes birthing women and people who are going through what at any other time would be recognised as a torturous experience are having their reality dismissed because they’re giving birth. When suffering becomes normalised, ways to reduce that suffering can also be forgotten. An over reliance on easy interventions, such as an epidural or opiates can mean that staff aren’t given the time to use other support options which require midwives to work solely with one birthing woman or person – which means higher staffing levels. While pharmaceutical pain relief is absolutely necessary sometimes, and must never be withheld from women and people who need it, it can actually make things worse for some.

Take, for example, the birthing woman who is screaming because she’s terrified and feeling alone and unsupported, rather than her pain being beyond her tolerance. Giving her an opiate may reduce her ability to communicate her fear, leaving her feeling just as scared, but still without the support that she really needed.

The consensus on the doula group was that with the advocacy that doulas bring, their clients were rarely without appropriate pain relief. Furthermore, if procedures were being done which was causing them avoidable pain, they were also able to intervene, if the midwife or doctor was sufficiently desensitised to the reactions of their client that they were not themselves stopping the procedure. Perhaps most importantly, with good support and care, birthing women rarely became so distressed that they experienced severe pain or anxiety from their labour.

A discussion also followed on ways that everyone in the birth room can make a difference to how the birthing woman or person feels, and how doulas, midwives and doctors have such a profound effect, either positively or negatively, when it comes to ensuring that uncontrolled pain or fear doesn’t happen. 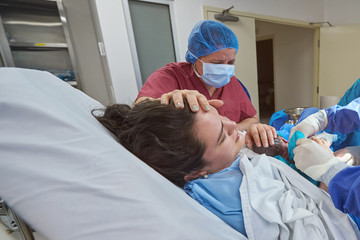 Childbirth can be a scary time for many. Media representations of birth usually involve emergencies, blood and a lot of screaming. Unless we learn that this drama isn’t what birth is usually like we can enter birth thinking that this is reality, which is where high quality antenatal class teaching can be hugely valuable.

Fear leads to tension in the body, which can often make what is normal labour discomfort feel worse. This has a profound effect on our body’s natural oxytocin as it reduces the amount of oxytocin in the body which slows or stops labour. This is a normal response as our bodies enter a self-protective state. This may lead to the use of artificial oxytocin which often creates more intense feelings and labour pain worse, as artificial oxytocin does not work with the birth hormones released in labour to help us feel comfortable. A vicious circle.

Having a midwife caring for one woman or person only, even before active labour starts, can lead to a relationship being built that means that the birthing woman or person feels more relaxed, leading to less anxiety in labour and reduced levels of pain. When the midwife focuses on techniques to build relaxation and trust rather than simply reaching for the epidural – while also ensuring that appropriate pharmaceutical pain relief is provided if that’s the right thing for that woman – labour is likely to proceed better, and be a positive, rather than scary experience.

The power of trust

When anyone giving birth does not trust the people with them in labour, which does also include their midwife or doctor, the body responds with an acute stress response, typically called ‘fight, flight or freeze’. 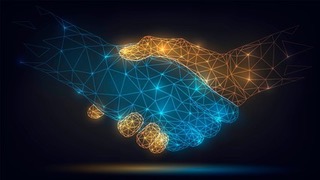 There is a fourth ‘F’, sometimes called, ‘fawn’, meaning that under acute stress people can also respond by attempting to be extremely helpful and accommodating, to not cause a fuss, to try to be liked rather than be seen as a bother or causing a fuss. This also should be noted by staff, as it shows that the person they’re caring for needs extra love and support and they may actually be more scared than they appear.

All of these stress responses lower oxytocin levels, increase the sensation of pain and can lead to trauma. On the other hand, when the midwives and doctors work to ensure that the person in their care can trust them, oxytocin is increased, labour works better and the chance of trauma is decreased.

Important ways to support the building of trust include: 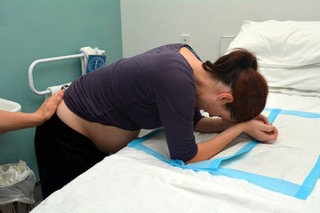 It is traumatic to watch someone go through a traumatic experience, such as being in severe pain. Humans are empathic beings, and constantly being exposed to people who are suffering can lead anyone to put up barriers which can include becoming desensitised to another person’s experiences, as a form of self-protection.

Humans also take their cues from those around them, so if someone is in great pain or distress and other staff members are not responding empathically, or, worse, are dismissive or even derogatory about a birthing woman or person, it can be natural to follow their lead and assume that the traumatic situation in front of you maybe isn’t so bad. Even when it is.

As a birth worker in any role, it’s essential to learn how to retain your empathy and respond to your instincts to help, without it causing you trauma. This means always hearing the needs of the birthing woman or person, and responding to them with what they need, not what makes life easier. For instance, an epidural may make her compliant, but if it’s not what she wanted it could lead to deep distress for her. Work with her to help her to relax and release fear in other ways such as talking to her in a supportive and kind way, offering massage or suggesting she uses water (a pool, a bath, a shower…) If someone needs pharmaceutical pain relief, make sure they get it. For instance, don’t allow yourself to stand by while someone is sutured and saying they’re in pain. If a birthing woman or person is in a vulnerable position, such as in lithotomy, ensure that they remain in control of what’s happening to them.

If you feel traumatised after witnessing an upsetting labour or birth, it’s ok to talk about it with someone you trust (without sharing details which are private to the woman or person who gave birth). Rather than becoming desensitised by a traumatic event, allow yourself to acknowledge that you were part of something upsetting, and that you need to release that trauma, not supress it in a way that makes you less likely to be able to support someone next time. Vicarious trauma is well understood, and because of this employers are also responsible for offering support, although Trusts and Health Boards aren’t well known for doing this well.

Every birth worker can hugely influence the experience of the birthing woman or person. They can create stress and anxiety, or reduce it – increasing or decreasing fear, and therefore pain. Each person is responsible for their actions in the birth room, including ensuring that they are each a safe person for the birthing woman or person to trust. Never let yourself become desensitised to someone else’s pain, and never allow the behaviour of your colleagues to stop you from being there for the women and people who need you.